[Whoops I posted this on the wrong blog - I've copied it over but this is me in complaining mode - not being grateful for beautiful things!]

If you don't want to hear about how much I hate camping, turn away from the screen now...

The place chosen was a bit over two hours drive away, and while I can think of a million things I'd rather be doing on Saturday morning it was quite a scenic route. Part of it by the coast, then inland over a mountain range on a very steep winding road. Coming down the other side, the valley looked very green and pretty. The camp site was on the outskirts of a picturesque town, tiny but with only one road going through the area it was actually quite busy with traffic. We picked up a couple of hot chickens to have for lunch and went to the campground and to the cabin I was staying in.

The cabin was rather small and shabby and backing on to the road, but about what I would expect, and I was very grateful to have it. It had a queen bed and three bunks but I was the only one staying in it, everyone else was keen to sleep in the tents (we borrowed one from my father-in-law, Nick's family had one of their own). It was very handy to have the little fridge and the kettle in the cabin. 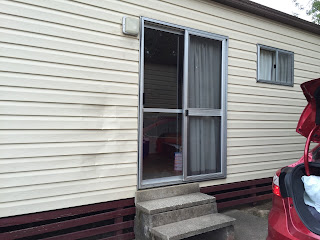 It had been cold and rainy in Sydney but Kangaroo Valley was hot. Nick suggested we sit outside the cabin at the bench there to eat our lunch but that was in full sun and also with a row of cabins on each side. If I'd come all this way I wanted a nice view with my lunch! So we walked down to the BBQ area and sat under cover. With a view of an weedy disused tennis court and the place where caravans siphon off their toilet tanks. I was really wondering where the pretty bit was, but decided not to make any more fuss at this point and just eat my chicken and salad.

Oh my godfather, the flies. Flies are part of life in summer in Australia, but this was beyond anything any of us had ever seen before. As soon as the meat came out, the flies were all over us and everything else. I really cannot stress enough how many flies there were, and how persistent. We spent the time trying to swish the flies away with one hand and eat with the other. I had about two bites of chicken, I was too repulsed to eat anything else. New diet regime?

I was feeling rather discouraged and really wanted to see the appealing part of this experience. We walked further down to where we were going to set up camp. It was a smoothly mown stretch around a murky pond smaller than an Olympic swimming pool; next to paddocks with a horse, a pony, three goats and some alpacas. Ah, the smell of the farm. I like animals, but it was possibly one reason there were so many flies. The best thing was the mountains rising up in the distance, and a few nice trees around the pond. Nothing about the place made me think it worth the drive. I could have found a paddock much nearer home. 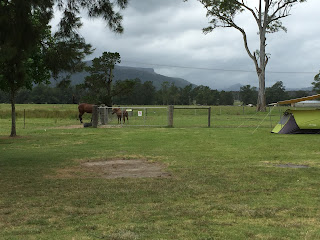 You can't see in the above picture, but there were lots of tents and cars all over, including a big convention of 4WD enthusiasts who were there with their families. We ended up next to a young couple who played music from their car CD player all evening, which ended up ok as I liked the music, but it wasn't exactly the serenity of nature!

So, time to set up the tents! None of us had much experience at this, everyone including me had been camping a few times before but not on a regular basis. But we muddled through and got the two tents up and they looked pretty good. Our borrowed one was big enough for me to stand up in. Then we put together the iron fire pit as you're not allowed free range campfires. It was brand new, in pieces in a box, and took a little while to set up. I was pushing for a walk (still searching for the good bits!) and it was decided the kids would use their scooters. We had brought ours, and a new three-wheel one had been bought for little Emma. It came in parts in a box, and needed to be put together. That took a bit longer. We'd now been at the campsite for four hours.

We got in the cars and drove into town and the kids rode along the sidewalk past the rustic shops and cafes. (Emma being pushed and supported along as she had no idea how to ride a scooter.) Finally we got to the other side of town and walked down a little track to look at the river. Not too bad. Then we walked back again, stopping to have a snack at a café. Looking at the river and eating half a lemon-meringue tart were the highlights for me so far. Not much competition there! Drove back to the campsite.

We decided to have dinner quite early as we were grilling meat we'd brought and there were only two barbeques for a lot of people. We got one going without problems, set up at a table, the menfolk cooked, Emma had her usual screaming tantrum about having to stop whatever she was doing, we sat down to eat. Did you forget the flies? I didn't, they'd been bugging me (ha ha) all day. But their constant presence was nothing compared to the all-out assault they launched when they smelled dinner.

Of course I was covered in insect repellent, and I also had a new-fangled personal protection device strapped to my belt that fanned out a constant supply, but they seemed to have no effect. Actually I wasn't bothered by mosquitoes at any time, so maybe they just didn't work on flies. We covered all the food with paper towel and tried to sneak morsels to our mouths. I ate a bit more than lunchtime but gave up pretty quickly. I went and sat further away from the food and only had to deal with a tenth the flies.

We played half a round of putt putt golf (mini golf) but then had to hand the equipment back before they closed. Still, that was quite fun. Then we went back to the tents and lit the fire and everyone else had marshmallows while I ate crackers and camembert cheese. Nick tried cheese on a stick over the fire, but it just tasted like smoke. The best thing was that all the smoke drove away the flies! For the first time since we got there I could sit in peace. 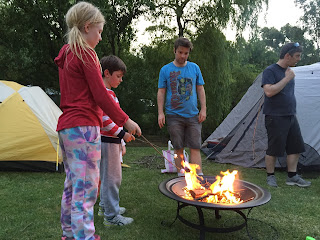 Everyone seemed to agree that sitting around the fire was the nicest part of the day. I went to bed in my cabin about 9pm and slept really well. I think the others were less comfortable, but they got the genuine camping experience they were after so I assume that was ok.
The morning was so frustrating. For starters, the flies were out in full force even without the smell of cooked meat. They were driving me crazy. We were going to a café in town for breakfast but we took down the tents first. Tim and I were packed and ready quickly, but it must have been an hour after that before Nick and Ping were ready, even with Tim's help taking down their little tent and the fire pit. We were starving. I actually sat in the car and ate some Burger Rings, eventually. We finally got to the café and were served breakfast at 10am. I'd been awake for more than four hours by that stage.
Nick was keen to stay - and in fact they did, and went fishing - but we'd had enough and drove home. So glad to be home!
I do have some understanding of why people would travel long distances and endure discomforts to see something exceptional - great natural beauty or wildlife or something like that - but I have no comprehension of the benefits of going through all that (ok, we didn't travel that far) to camp in a paddock. Where we still had to drive to actually go anywhere. It is beyond me. I'm happy that the kids had a great time somehow, but next time they can leave me at home. ﻿
Posted by Natalie at 9:02 PM 3 comments:

Email ThisBlogThis!Share to TwitterShare to FacebookShare to Pinterest
Labels: camping

We've just moved into a new home, and I've made some new friends.
1) 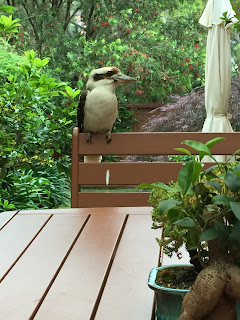 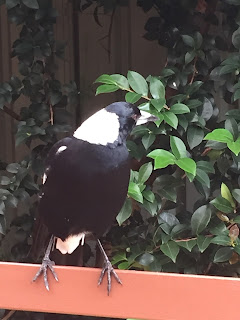 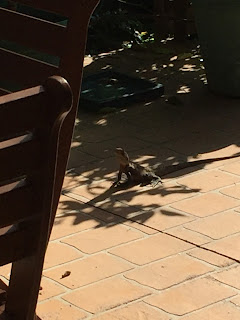 Posted by Natalie at 7:53 PM No comments:

Email ThisBlogThis!Share to TwitterShare to FacebookShare to Pinterest
Labels: wildlife

1. Dentist appointment over for another year. No cavities!

2. Cheese and vegemite in a fresh bread roll for lunch.

3. I forgot to take my shopping list with me today but I only missed one item - garlic.
Posted by Natalie at 8:46 PM No comments: 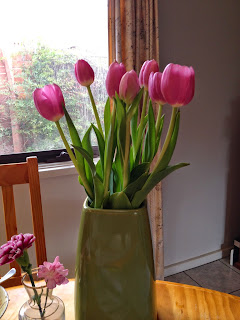 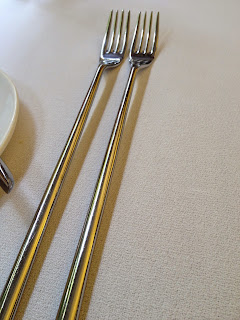 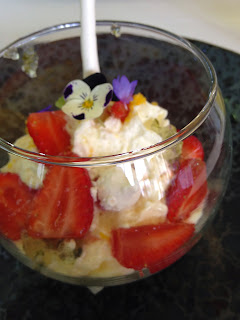 Posted by Natalie at 2:21 AM No comments:

1. Walking through the park on a chilly autumn day.

2. The Apple genius fixes the problem with my iPhone.

3. I haven't seen yesterdays episode of Game of Thrones yet. I can watch it tonight after the kids are in bed.
Posted by Natalie at 2:03 AM 11 comments:

1. We spend an hour and a half at Games Workshop where the kids are shown how to paint miniatures. Jasmine's turns out surprisingly sophisticated. I practice my skills on an elven steed. It's nice to get back to a hobby I had before children took over my life.

2. Plans for the weekend come together and everyone knows what is going on.

3. Pork casserole with chilli and sage and lemon and falling-apart goodness.
Posted by Natalie at 2:00 AM No comments:

1. Snuggling down in bed on a cold dark morning.

3. I give in to the inevitable and put on a jumper for the first time this year. I'm not particularly excited about the upcoming Canberra winter, but my jumper is warm and cozy.
Posted by Natalie at 2:12 AM No comments:

Natalie
My name is Natalie and I live in Australia.